If it is tolerated that old coats of antifouling can be superimposed from one year to the next, applying an antifouling on the gel-coat of a new hull that comes out of the factory requires a strict protocol. This protocol must be followed to the letter to optimize the paint’s adhesion and, above all, to maximize its durability.

Painting an antifouling is not a simple brush stroke. At least for a new boat coming off the production line. Because, if it is accepted that a hull already covered with an antifouling can accept a new coat without stripping the old one (up to a certain point), it is not the same for a new boat delivered to the dealer.

Unless the boat is stored in a rack or in a dry port, the application of antifouling is mandatory and in most cases is the responsibility of the professional, an operation that is logically invoiced, but that the client sometimes considers too high for a “simple brush stroke”.

However, without being very complex, this job requires time, but also a real know-how and above all a respect of the different steps, as we were able to verify at Dubai, on a Sea Water 280 Smeralda.

Here is a step-by-step description of how to apply an antifouling in the right way. Follow the guide !

The application of antifouling in 10 steps 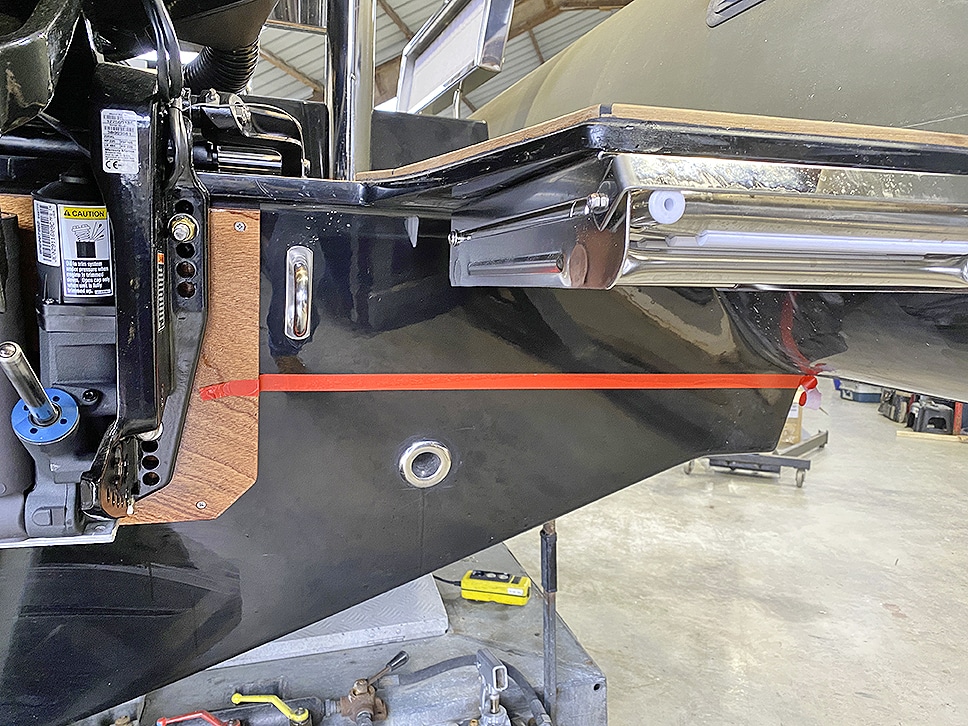 1. The first step is to mark the waterline with marking tape.

The marine plywood plate against which the engine bracket is attached has been treated and will not need protection.

Generally, it is advisable to raise the antifouling a few inches above the waterline. 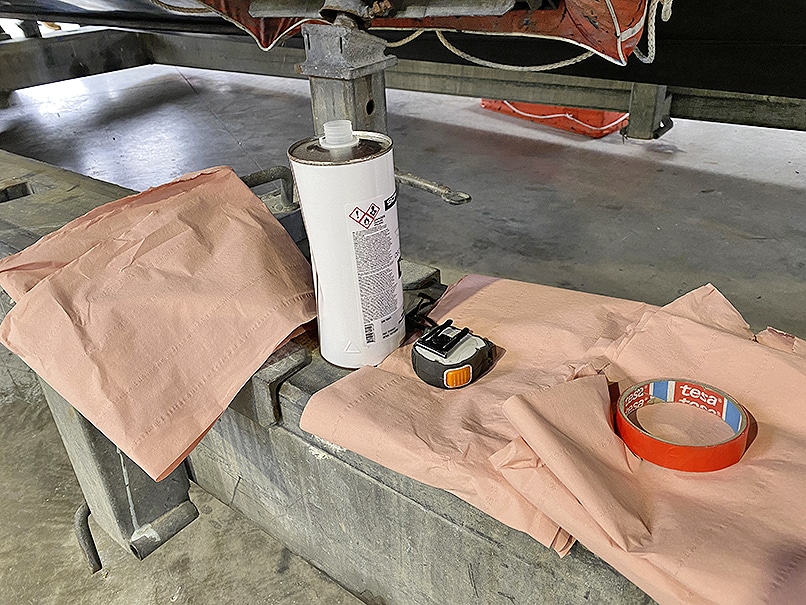 The degreaser to the living works, the professional’s trick is to prepare sheets of paper towels and position them under the hull, at intervals of one meter, thus avoiding losing sight of the last place where the degreaser was applied.

Without a marker, and in low light conditions, it is indeed difficult to know where the product was applied, as it dries quickly and disappears immediately. 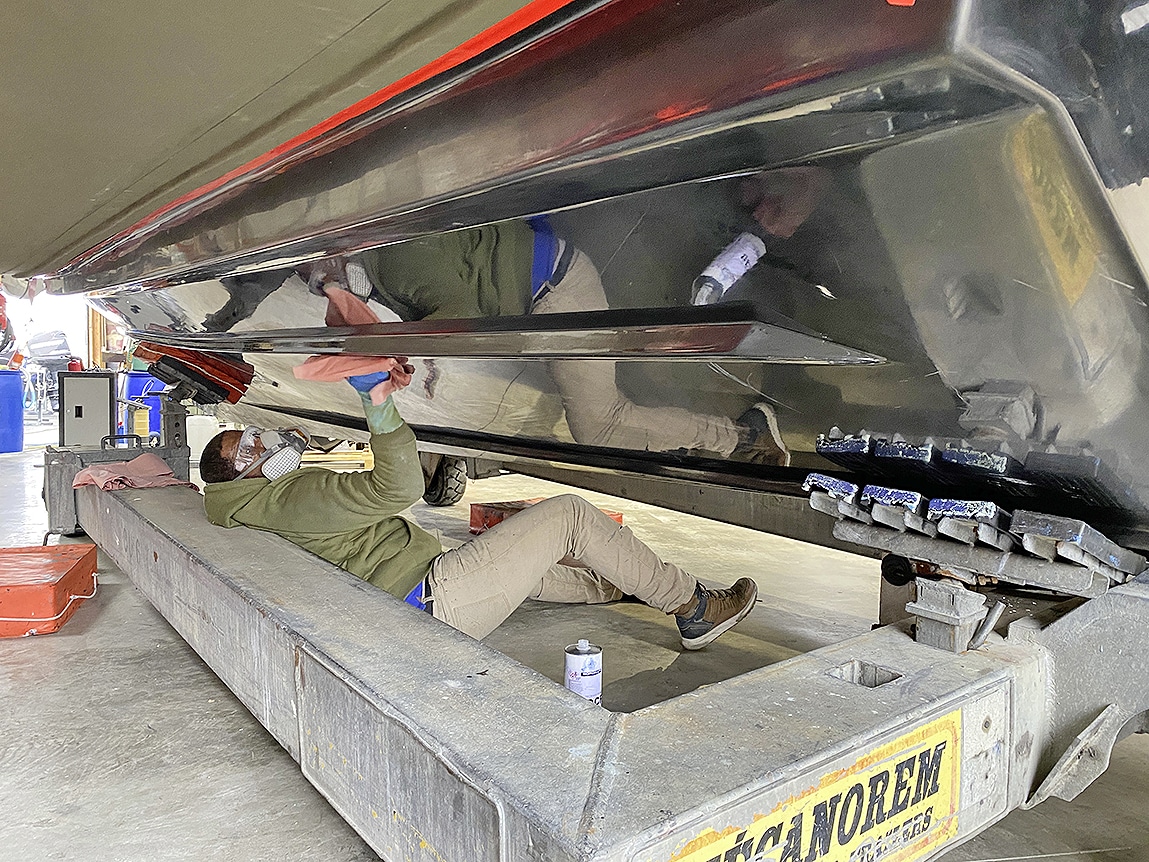 3. In the mold used to make the hull

The shipyard applies products that prevent adhesion to facilitate the demolding of the hull. But these release agents act as a barrier to the antifouling, so they are removed with a ready-to-use degreaser (also known as a de-waxer).

This product neutralizes silicones and has the advantage of avoiding long and tedious sanding. Once applied, it evaporates quickly, which is why it is necessary to work in small areas. 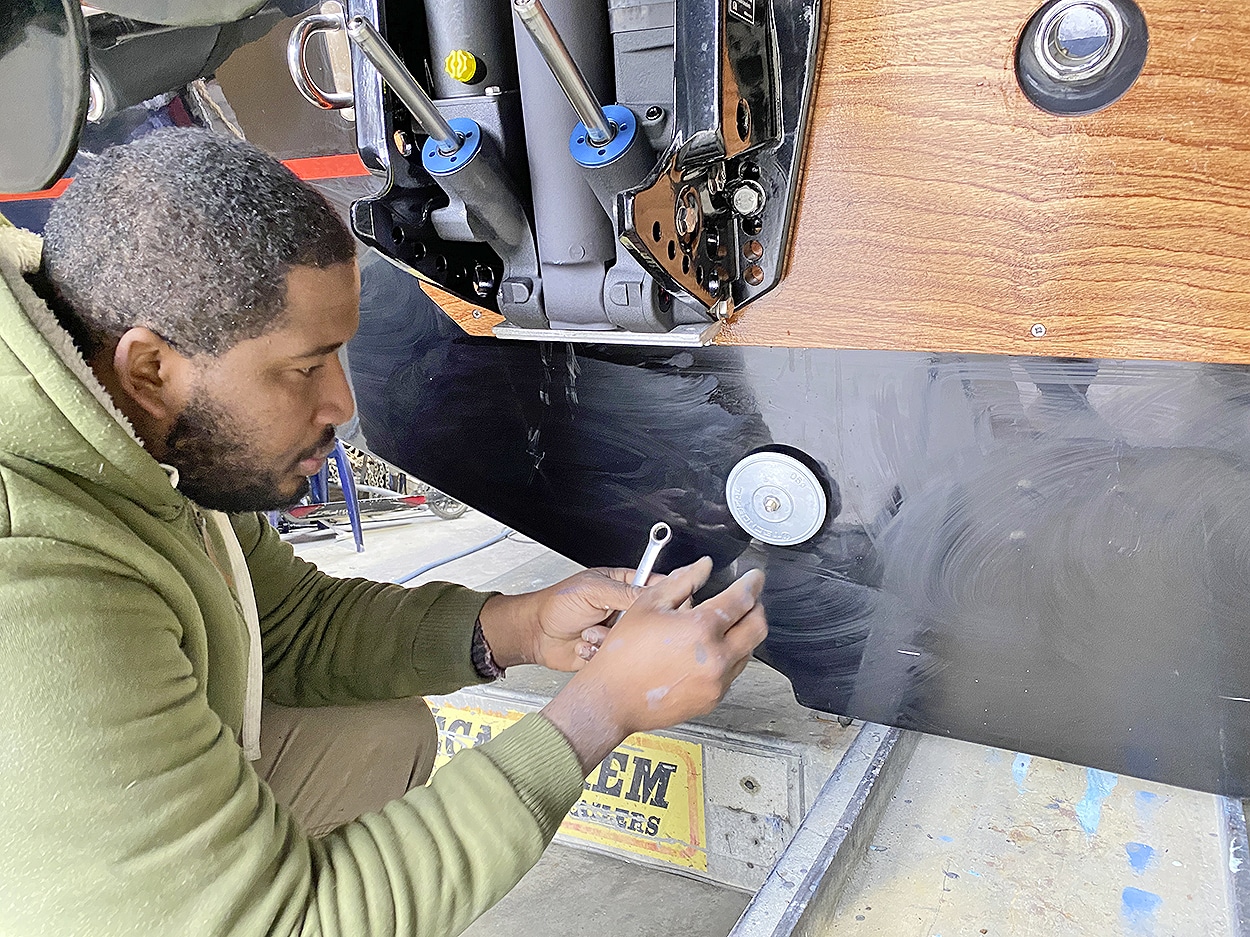 4. Before applying the primer

It is recommended to remove the anodes which must never be painted or they will be ineffective to gain access behind their location and especially to avoid paint splashes. 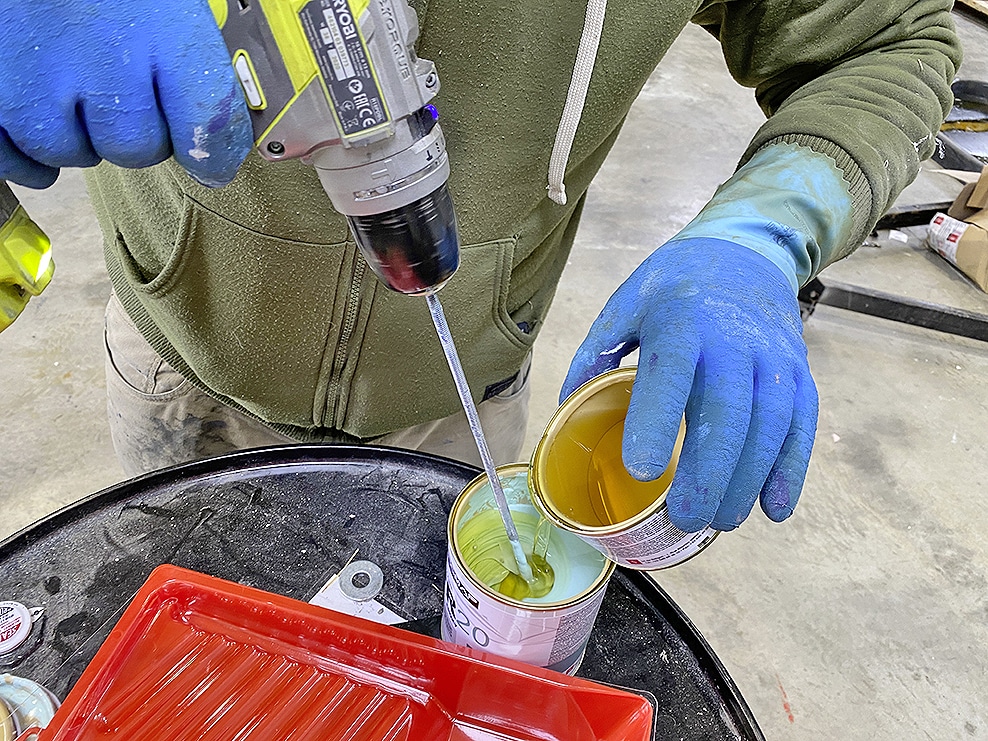 5. The epoxy-based primer will promote the bond between the hull and the antifouling paint.

Its base is mixed with a hardener (up to 35% for this product used, but this can vary depending on the manufacturer) for optimal polymerization. It is advisable to let the mixture “cure” for 15 to 20 minutes before applying it to the hull so that the reaction between the two components (epoxy and hardener) can take place properly. 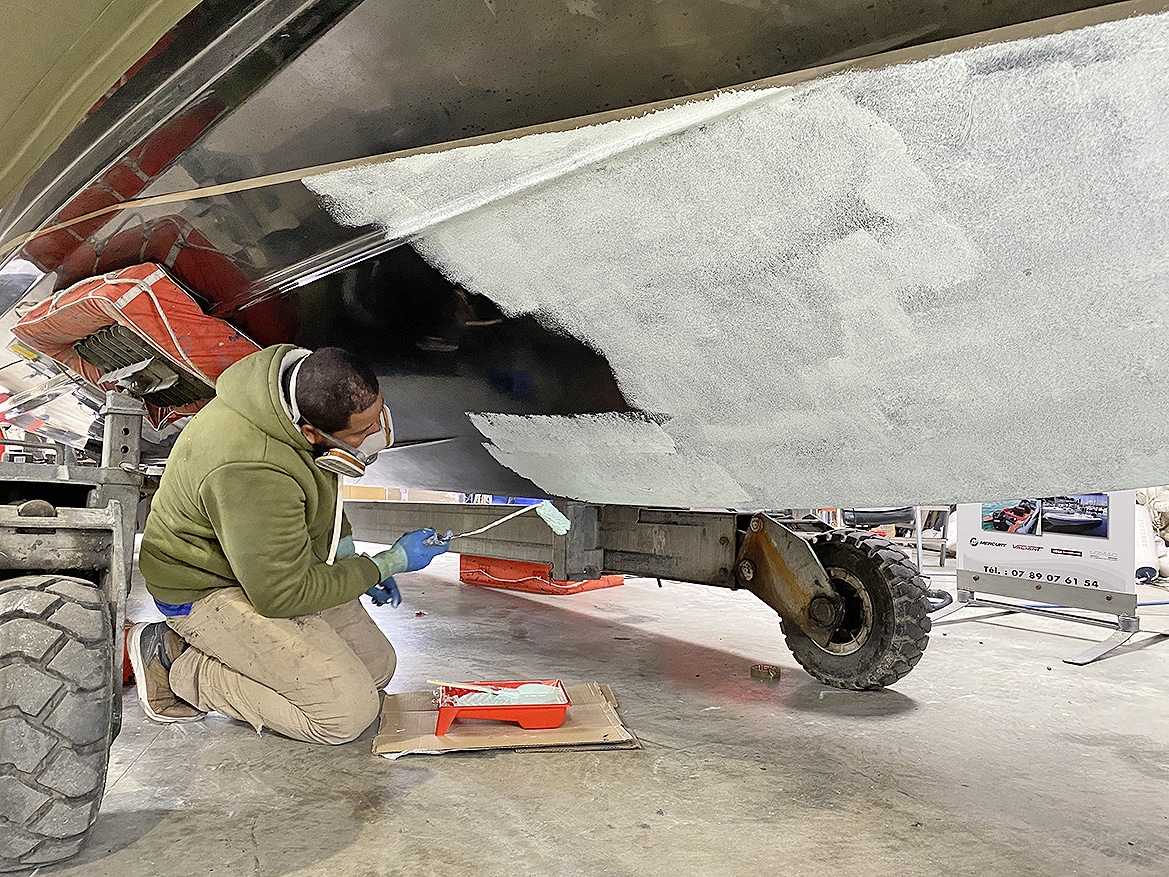 The application of the homogenized primer can be started with a spray gun, a brush or, as in this case, a rabbit’s foot roller.

Coverage is 8 m2/l and application temperatures range from 10°C to 30°C, protected from humidity and rain. 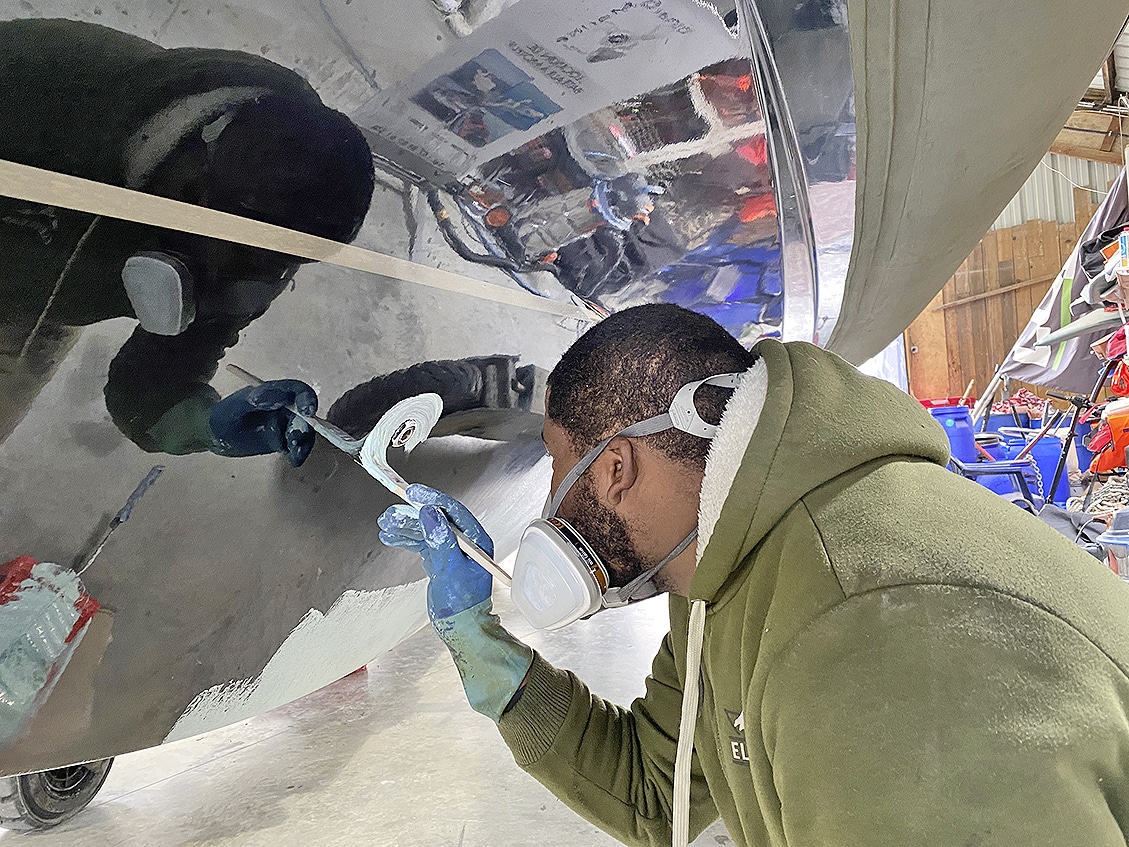 Use of a brush is mandatory to avoid spillage. The bluish color of the primer makes application easier, especially with a black gel coat. 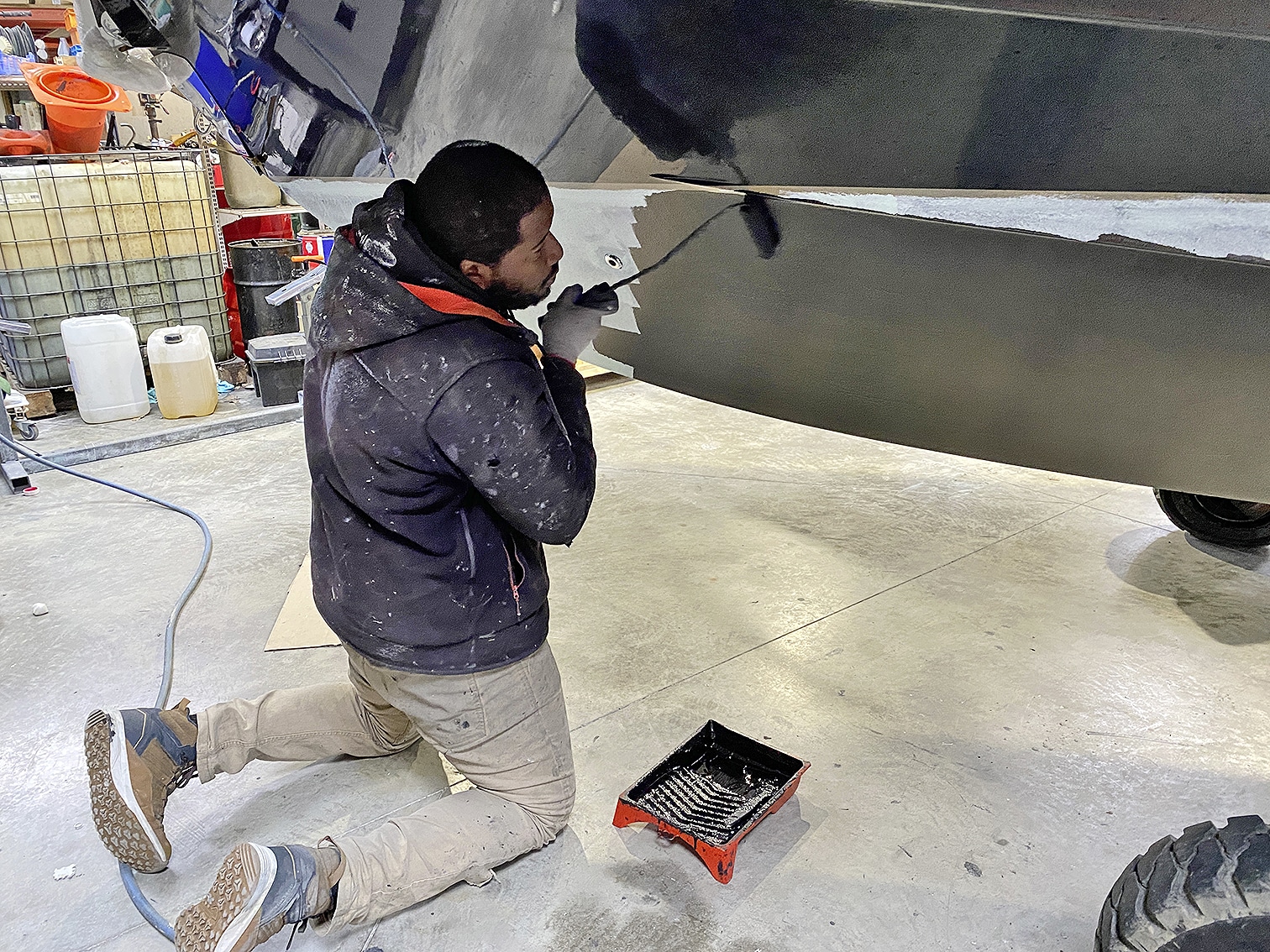 8. After the primer has dried

6 hours minimum it is possible to proceed to the application of the antifouling. This is a hard matrix, the most common for “motorboat” use.

Unlike an erodible or semi-erodible formula (more dedicated to racing yachts and which is removed when the boat is sailing), the hard matrix has a longer life. 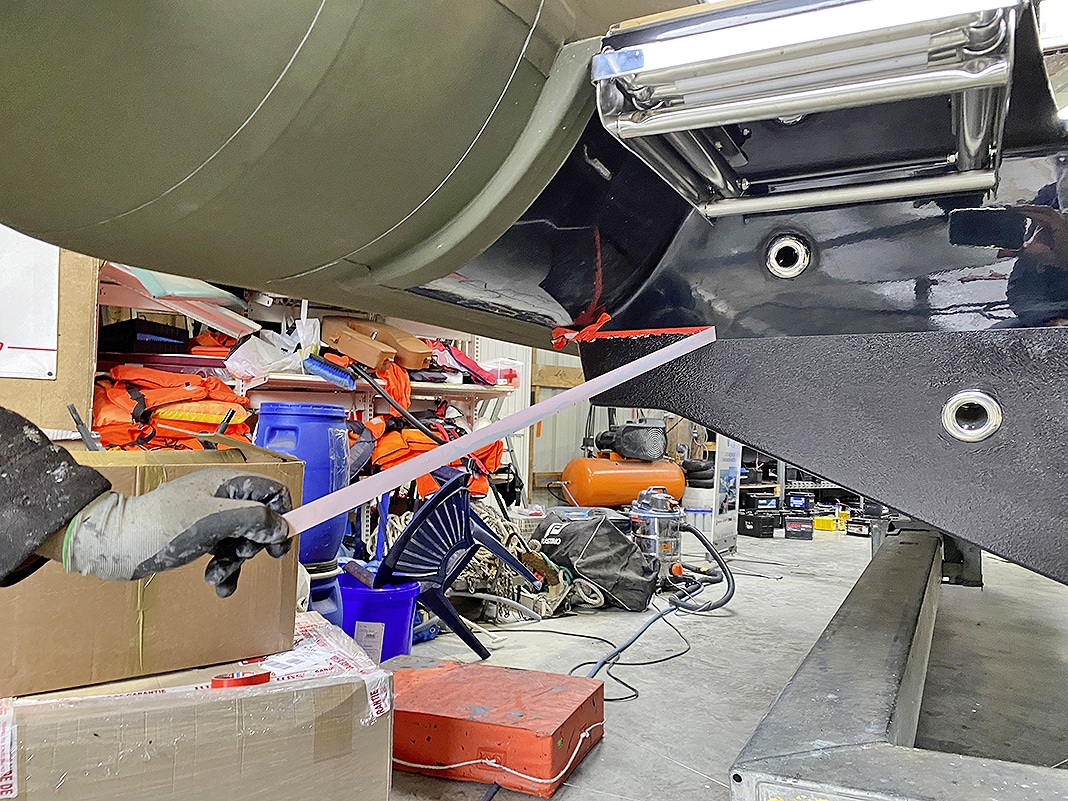 9. It is time to remove the blindfold 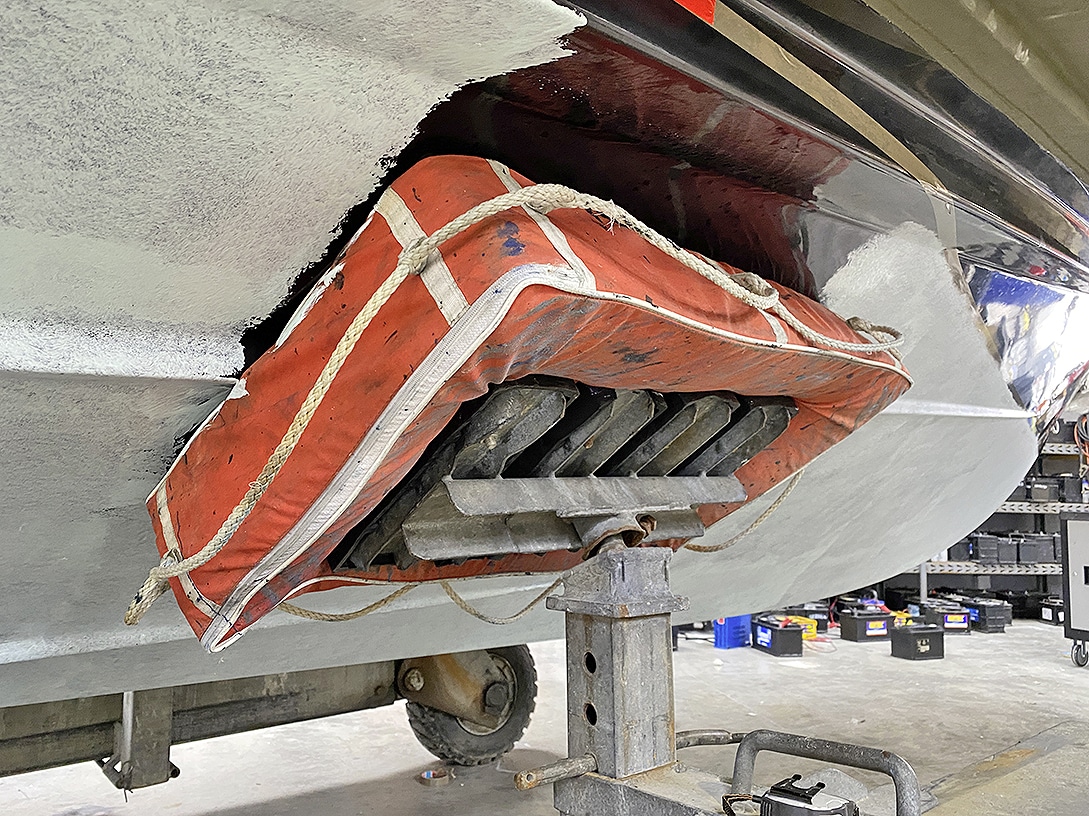 The areas where the skids support the hull will be treated in the same way, but these connections can only be made after the antifouling layer has dried.

The most luxourious yachting experience in Dubai.